Memory management is the programming discipline of managing the life cycles of objects and freeing them when they are no longer needed. Managing object memory is a matter of performance; if an application doesn’t free unneeded objects, its memory footprint grows and performance suffers. However, garbage collection is not avaliable in iOS. iOS manages memory by reference count. Let’s learn about it.

We can comprehend an object’s life cycle by these method: 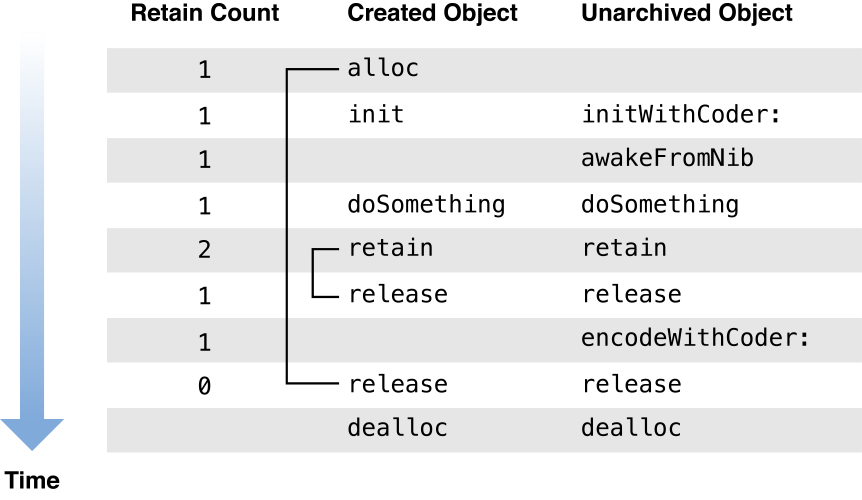 After the creation and initialization phase, an object remains in memory as long as its retain count is greater than zero. Other objects in the program may express an ownership interest in an object by sending it retain or by copying it, and then later relinquish that ownership interest by sending release to the object. While the object is viable, a program may begin the archiving process, in which the object encodes its state in the archive byte stream. When the object receives its final release message, its retain count drops to zero. Consequently, the object’s dealloc method is called, which frees any objects or other memory it has allocated, and the object is destroyed.

In the past, develeper need to manaully manage reference count, we call that manual retain-release (MRR), and now Apple recommands automatic reference counting (ARC) that means you don’t need to care these methods above table, when you write code. ARC can help you to automatically add memory management method, when the program compiles.

Runloop is a loop meshanism for managing thread. The Application Kit creates at least one NSRunloop instance for one application. The apps run in this loop after launching, as shown in the diagram below, When a touch event happens, the Cocoa Touch framework detects the event, creates an event object, then allocates and initializes an autorelease pool that is basically a NSAutoreleasePool object (If you use ARC, you cannot use autorelease pools directly. Instead, you should use @autoreleasepool block). Cocoa touch then invokes your application event handler, making the event object available. 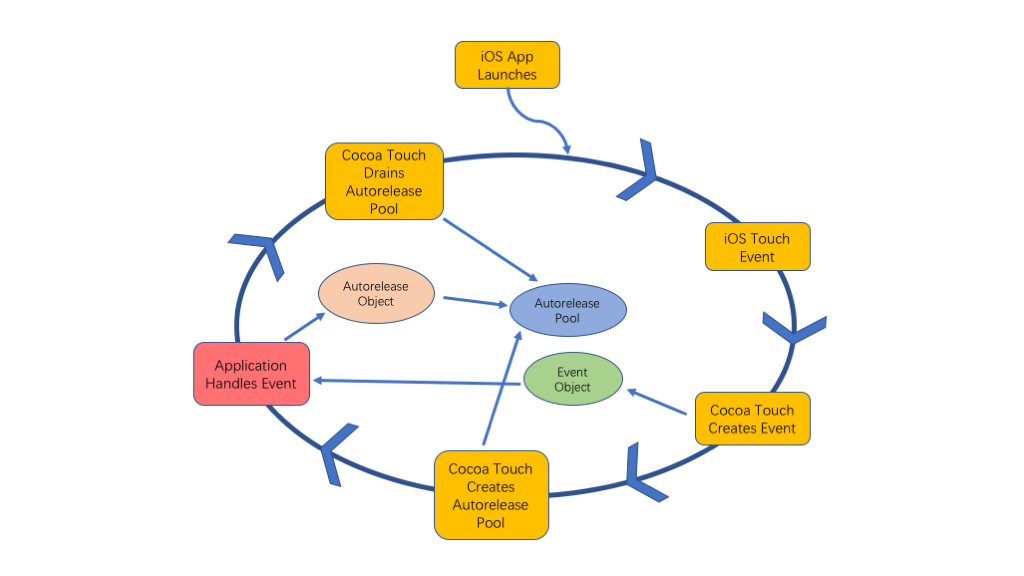 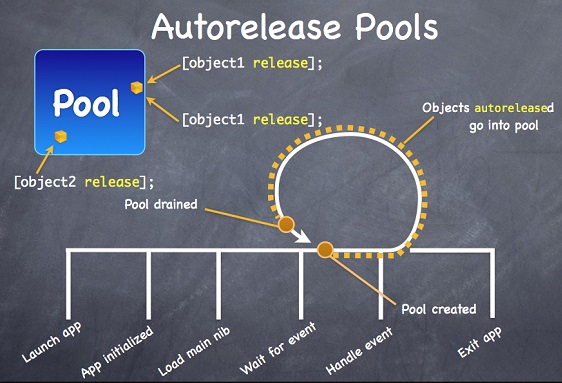 To learn more about memory management in iOS