There are these key parts in basic streaming process:

The process of live video streaming: The broadcaster (smart phone, OBS or other device) puts streaming from caputure or media resource to source server in Real-Time Messaging Protocol (RTMP) .

The source server’s major duty is transcoding. If clients need playback, the source server could record video in real time and save data in cloud server.

And next, every CDN node can get the streaming from source server, if there are some player clients nearby the CDN. CDN has two functions: loading balance and cache. Then the streaming would be pulled from CDN to clients in suitable protocol.

Like these not complex steps, you can watch the vivid video on your phone.

2. What are the difference in kind of live video protocols?

When I was as a beginner of live video streaming developer, I fell in comfuse in these live streaming protocols. I worked hard to find the difference in them, and made a summary. 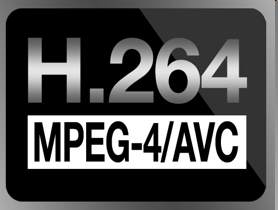 We know that a video consists of many pictures in fact, the pictures are fast play over 24 fps to cheat our eyes. That makes people feel the screen is dynamic. But if a 1080p video playing in 60 fps and isn’t compressed, it will be a huge stuff. I guess one of an intact frame image in this video is about several MB. Therefore, innovating a video encoding for compressing is necessary.

There is a not bad thinking that we just save difference of similiar images in video. That redundancy is deleted makes video smaller.

Let a part of frame hold intact image or least compressible, we call them I frames(Intra-coded frames). If we can seek video to I frame, we call them Key frames. From an I frame to next I frame is a group of pictures, or GOP structure. Those frames holding differece are called reference frames. Predicted picture(P frame) holds only the changes in the image from the previous frame. Bidirectional predicted picture(B frame) saves even more space by using differences between the current frame and both the preceding and following frames to specify its content. Learn more in Wikipedia

From these principles, we know when player decodes a video, B frame need to reference the preceding and following frames. Though B frame makes video size smaller, decoding will spend more time, because decoder need to wait for whole GOP or frame referenced by B frame downloaded in order to decode this B frame in this GOP. If the GOP is long, the time for waiting is long.

5. How does the first frame load fast?